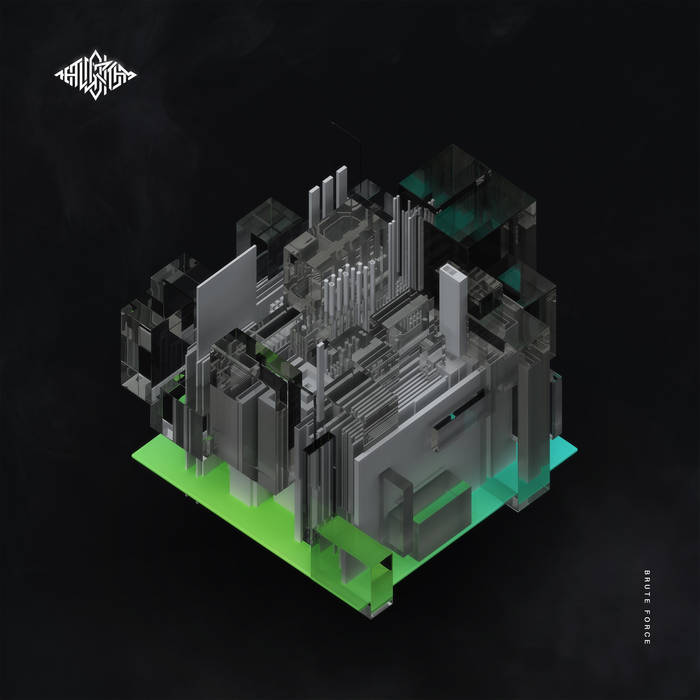 access_hologram You wanna feel like a badass cyberpunk hacker? There's no better way than this. Favorite track: boot.

Dennis Radaelli Finally on vinyl! I was waiting for this specific release since a long time. Happy to see all the remixes and bonus tracks released during those years, although I'm a bit sad that the vaporwave remix of floating point is excluded. Any reasons behind that? Favorite track: userspace.
more...

Secure those passwords, people! French electro-metal artist THE ALGORITHM is coming to hack into your brain with his new album BRUTE FORCE on April 1st, 2016.

Marking the next patch update for THE ALGORITHM (masterminded by producer Remi Gallego), BRUTE FORCE is 10 tracks that plunge even further into the unexpected, unthinkable and unbelievable. Named after the digital cryptography attack that attempts to gain access to passwords with a barrage of varied password attempts, this album will work you in every way possible until you open up. Delivered by an unhinged, humorous and abrasive mix of soundscapes, BRUTE FORCE is an impressively cohesive genre mash of Metal, Rock, EDM, Synthwave, Djent and sheer lunacy that can hardly be described.

We call it - Heavy Computer Music.

BRUTE FORCE follows the groundbreaking records Polymorphic Code and Octopus 4, which redefined crossover music for the 21st century winning THE ALGORITHM the ‘Best Underground Act’ award at the Metal Hammer Golden Gods in 2013 and creating huge demand for tours all over the globe - including North America, Europe, Australia, Japan and more.